You’ll get cold, hungry, wet, and tired. And it’ll be more fun than anything.

“I’ve been the world over, north, south, east and west, but the middle of nowhere’s where I likes it best . ..” Great Big Sea 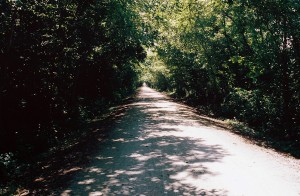 A few years before I’d ridden down I-70 and noticed a bridge in Missouri. It was a typical railroad bridge, not much different than a hundred others, but there were no trains on it. Instead, a gaggle of bicycles were crossing it. The logo on it said “Katy Trail” and that was the beginning of a plan. At the time, I had just returned to bicycling, commuting to and from work and tooling about town on weekends. But the idea of a tour had already taken hold. Some years later, I pitched the idea to Stephanie- and she was hooked as well. The Katy was our first tour.

It taught us a bit. Things like- even with waterproof gear you’re still wet. That easy days aren’t- our short mileage day was marked by thunderstorms, hail, and possible tornado. That there is no such thing as too much food. That ten miles is nothing on a working bicycle, and a long way when you have a flat and no new tubes left. But it also taught us other great things. The simple joy of flopping freshly showered and fed in to a soft bed after a long ride and being asleep before you hit the pillow. How good a hamburger tastes after a sixty mile ride and yes, I’ll have extra fries, thanks! That a hard ride will make even a gas station cardboard pizza tasty. That it’s best to not expect anything, just see what happens. Maybe it’s an easy day, maybe it’s a hard one, but either way, it’ll be a good day. Even years later, Stephanie says it’s the best vacation she ever took. Better than Europe, better than South America. 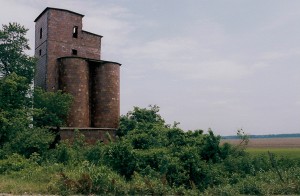 We’ve been having some time at home. Illnesses in the families, and both of us lost our fathers this past year. Plans got shelved. But the best plans get pulled out, dusted off, and put back in the works. We’re itching for a tour.

I mentioned in passing that Mount Rushmore was only a six hour drive from Denver, and that neither of us had seen it. I heard the clickty click of Stephanie hitting Google, and then she noted a rails to trails project she had found. Half an hour later, we were planning a trip to South Dakota, but hitting the Mickelson Trail instead. And in the future, the C&O Canal/ Gap trail combination calls to us.

It’s time to get back out. It’s time to wake up to the sight of my Stephanie smiling at me and asking in a small voice “Can we go now?” It’s time to have the best part of any given morning-waking up and realising that all you have to do today is have a cup of coffee, eat a fantastic breakfast, and then get on your bike and ride. That means it’s going to be a good day.