Without art, but learning

I know squat about art.

Anyone who ever looked at my pictures can tell you that.

I learned in a technical school, from technical teachers. There wasn’t a discussion of artistic norms or merits. No one told me about lighting, other than you have to work with what you have. No one told me about posing people in a scene because that was unethical. No one ever said a camera was anything other than a recording device. Art was that snooty thing people in the sculpture and painting studios did.

I learned that years ago, and it’s still a strong force in my life. I took a class recently during which I was encouraged to move my subjects around to get better lighting or change the way they were holding things or their expression even though I was shooting them on the street, and it initially seemed odd. Then it seemed impossible. 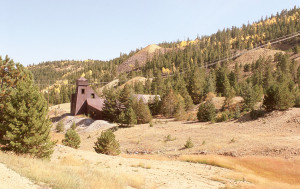 When I go out in to the world, I take it a face value. It presents me with tableaus, and I do my best to capture them. Here’s the extent of my alteration of a scene when I shoot. When I went to Boston Mine Camp, there were people hiking around and milling about on the structures. I wanted to just capture the buildings, so I merely waited until they all wandered out of frame before taking the shot. I only once said something to one of them, but that was because he walked in front of me just as I shot the picture and that was rude. That’s as close to an artistic choice as I have ever made.

Even when I shot portraits of a friend for her modeling portfolio years ago this ingrained work ethic stuck with me. She wanted something other than what I gave her. When I asked her what was disappointing about the result, she answered with a smile “If I ever need a series of pictures to tell a story I’ll come to you. But I don’t think I’ll come to you for anything else.”

So now I’m reading a little, experimenting a little, trying some new things. Trying to look at the world as a canvas to work on instead of a stage show to watch. I’m in that stage where you thrash around and don’t make much progress now. Maybe I’ll get past it. Maybe I won’t. But trying something new and challenging myself is a good thing.