It’s interesting how when you aren’t really looking for new things, you find them. And then you also find yourself making plans because of what you find.

I found the Adventure Cycle map, and realized there are more routes than I thought there were. The overlay that shows you the Amtrak routes is especially good, as it gives me ideas on how to connect the dots with the train. With enough time, I could cover a serious amount of ground on a bicycle. I noted the Great Parks South route is entirely inside Colorado, and logistically the easiest to get to. Stephanie noted this also has many, many more mountains to climb. All of the routes that traverse the Rockies in Colorado use Monarch Pass. I don’t recall if I’ve ever been over Monarch. If I have I don’t remember what it’s like. I may have to go run some recon this winter before making any decisions about trying that route or not.

Stephanie has expressed a preference for the flatter, more eastern routes. I’m sure climbing the divide isn’t going to be easy, but I definitely know I do not want to ride any of the southern routes through Arizona. Walking to the car in 115 degree F was no fun. I can’t imagine exerting in that kind of weather. 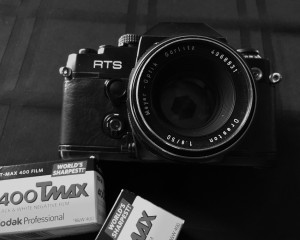 Although, I have a mind to spend a couple of weeks next winter in the Superstition Mountains. In February, when the high temps are low enough to be bearable. May even decide to take a group trip offered through REI.

I’ve started preparing for a new photography project as well, forcing myself to get some portraits done. I’ve tried them in the past, but I’ve never been happy with what I’ve managed to produce. This time, I’ll throw everything out and start from scratch and see what I can manage to do.

Plus, there will be a continuation of documentary photography in the west, but I feel that will be going on for years. There’s a lot left out there to find.

Today’s pictures taken with Analougue for iOS. An excellent brand new app for your phone. I’m still getting the hang of it, but it’s fun so far.