Tis the Season of “What should I Gift?”

Gift giving season is upon us, and for no apparent reason at all, I feel like posting a gift guide. Do you have someone in your life who shoots film? Would you like to up their happiness level? Here’s my suggestions: 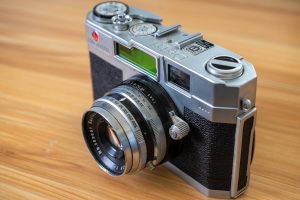 I’ve never been big on point and shoot cameras. I only own one- a Contax TVS I’ve never meshed with. I prefer a pocketable fixed lens 35mm rangefinder. There are many options in the $50 range out there on eBay and Craigslist like a Canon Canonet 28, a Ricoh 500G, or a Minolta HiMatic 7s. A mechanical camera with limited shutter speeds and a walkabout outside can be a good way to clear your mind and get outside during the pandemic. I’m partial to the Petri Super Color Corrected 2.8. I reviewed it here on this website and on 35mmc. It’s just a basic, simple camera that weighs very little, and is cheap. Sometimes, that’s all you need to have when you just have to get out of the house for a bit. 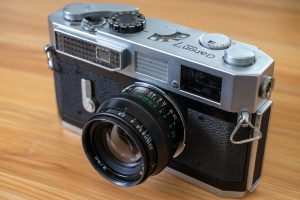 Upgrade options: the Canon 7 is the best step up I’ve found. You can find a body with a lens for around $150 if you look. I’ve reviewed this one on this site as well, and I did a review on Emulsive too.

There’s little to say about this camera that’s bad, especially for the price. Finding one with a working light meter can be a challenge, but isn’t a deal breaker. 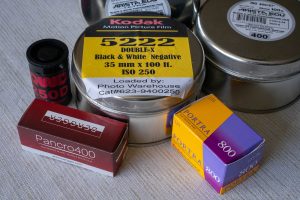 Film prices are going up soon, and you may be able to squeak under the wire and grab some before they do. No analog shooter is going to dislike film as a gift. It shows you care about their happiness in the future. I’ll be doing an article on stretching your film dollar next month. The plan calls for more work in preparing and developing your film, but the payoff is pretty nice, and there is a long term promise to support film production by a big business as well.

Through the Looking Glass 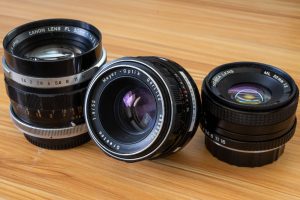 Cheap, good lenses are still a thing. If the person who you’re buying for has one of the mounts that can be had on the cheap, you’re in luck! Even the ultra-wide lenses for the Canon FL mount are not that expensive, and Yashica lenses for Contax C/Y are less expensive than their Zeiss counterparts. There are hordes of inexpensive M42 options as well. I’ve covered a couple here and here. Leica folks will always be looking at sticker shock, unless you can adapt a Soviet M39 to the body they have.

Film Isn’t the Only Analog Process 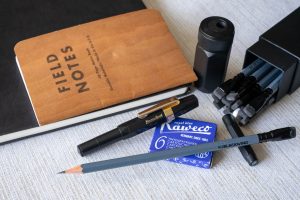 If the person you’re buying for is like me, they do more creative things in the analog world than just take pictures. Here’s some of the things I love.

Blackwing– These are great pencils, and sharpening them is a particularly satisfying sensation. They make excellent journals to use them in as well. I like a nice big leatherbound journal, but if compact is more your speed Field Notes is just what you want. They have a subscription service so you never run out.

If I’m not using one of the pencils to write in a journal, I’m using a Kaweco Fountain Pen, which are surprisingly good for the price. I carry a Sport my wife bought me almost everywhere I go and signed the most important documents in my life with it, like my wedding certificate.

The pandemic has put a crimp in most adventure. You can benefit from discounts on Amtrak right now, if train travel is in your comfort zone. 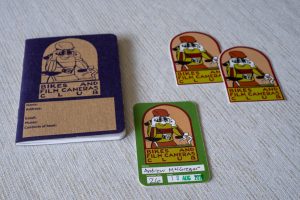 If you’re like me and ride a bike occasionally, you can get a membership in the Bikes and Film Cameras Club, which comes with photo prompts, a cool booklet, and a reason to get out and ride and shoot.

If you’re particularly intrigued by the idea, you can try organizing your own local rides with friends and fellow film photographers.It’s a nice, socially distant way to get out, get some exercise, and be social. 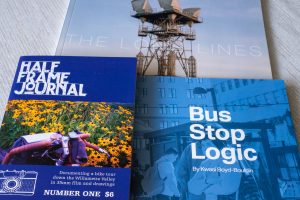 Chances are, if you follow a film photographer on any of the socials (I spend more time on Twitter than all of the others) they have a zine you can buy. And you always should! Not only does it help them by kicking them a few bucks for film, but it exposes you to subjects and techniques you may have not used or seen before. Growth that leaves no one behind is the best kind.

Pictured: Half Frame Journal, Bus Stop Logic (sold out, but other works available from the author), and The Long Lines.

Happiest of Holidays, no matter what you celebrate. Here’s hoping next years is even brighter.