The space to put one foot in front of the other 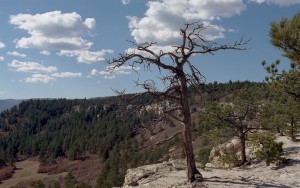 I’d never run in to open space until I came out here. It’s land that is set aside in an unimproved state. It might be public access, it might not. Sometimes it’s recreational, sometimes it’s for management of resources. It’s a bit different from a park. The purpose of a park is definitely recreational. While some open space is recreational, it’s more often preservation of wild, undeveloped, and, well, open space. The thing I like most about it in Colorado, is that it’s a requirement. The size of the requirement varies some, but it exists everywhere in the state. For instance, every time the population of Alamosa, Colorado goes up by 1,000 people, they are required to add another twenty-three and a half acres of open space. Not only does it preserve more wilderness land, it acts as an incentive to expand wisely.

I must admit, I’m in love with this requirement. It makes for a better quality of life, and it keeps the wilderness wild and unspoiled. If anything, it needs to be expanded.

Back east, a lot of spots I used to think of as being out in the country are not by western standards. Most places in the state I was born in are within an hours drive of  a mall. There’s a lot of my chosen home state that’s a five or six-hour drive from anywhere. In the south, people clump up together and are big on being well known to each other. Out here, people are far more likely to be solitary and stand-offish. They’re quite a bit more self-reliant as a result. 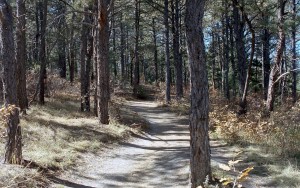 Nature is a bit more fragile out here as well. There’s not a lot of diversity, so if something starts killing off a single species of tree, for example, the whole state is in danger of deforestation. We’ve got that problem with the pine beetle now. It makes you a little more aware of the need to take care of the land.

I love the feeling open space gives the state. You can actually breathe here. You can spread out. You can go outside and be free of your fellow-man for a while. You can see the sky. At night you can see the Milky Way, and experience true darkness the way our forbears used to.

But mostly, I am enthralled with the ability to put one foot in front of the other or spin pedals and wander the state and be away from it all. 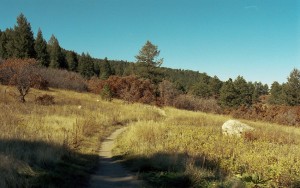 One foot in front of the other, over and over, miles and miles. Sky above, dirt below.

As close to heaven as I’ve ever been.