Summer has passed at breakneck speed. The fall is upon us, and I’m already getting pictures from my more adventurous friends who hike up high of snow fall on the mountains.

I love fall. It’s my favorite season, and if someone could make if a few months longer, I’d love them forever.

I adore the times when seasons change. When you are through and done with one, and beginning another. But I like those times in my life as well. There’s an element of uncertainty to them, but always excitement. There’s always an element of discomfort, but always focus. Everything I’ve even done that has been worthwhile in my life has been done on the cusp of a new season as the previous one has ended.

Architects call it “interstitial space” and I long for it, and desire it more than anything.

I’ve already been hard at work making some of the changes. I’m on the verge of purging my camera collection. I’d rather rid myself of shelf queens and concentrate on those I can consistently produce good work with. I’m becoming more thoughtful with my shooting. Branching out some and thinking about what I want from an image more thoroughly before I make it. I am always asking myself “What am I saying here? What do I want to say here?” before I go forward with an image. I’m liking the approach much more. 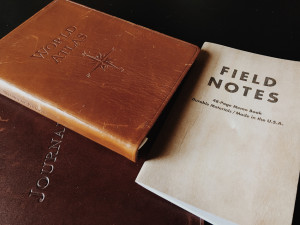 I’m also working on some other projects that will bear fruit a year or so down the line. I always wanted to be a novelist, when I was a wee sprout, but I never became one. I asked myself what was truly stopping me, and when I realized nothing was, I banged out six thousand words on what I hope to have finished as a novel by early next year.

Even though I’m pretty far detached from the G.A.S. I used to have, I’m going to add some more cameras in the future. I’m treating my shelf space as sacred, pricey space going forward. Nothing that is a quick fix to a need. Nothing that is not going to give me the result I want. Only proper equipment will take up space in the future. If you’ve noticed, my Gear Wednesday posts have already stopped being so frequent. This will continue, but when they arrive next, they should be far better ones.

I’m making the most of my interstitial space this year.