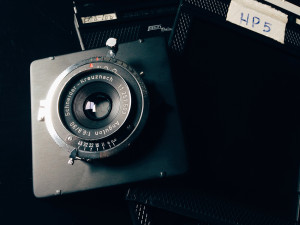 Less is more. More is less.

I’m using SLRs less. I realize ease of use is a relative thing, but I seem to find a lot of them too easy to use. It’s easier to just snap off a throwaway shot with them. I still prefer to use them in situations that require speed, but aside from that, I find myself hardly using them at all anymore.

More often than not, I’m using rangefinders. I’ve heard it argued that you can use a rangefinder as fast as you can use anything else, but I don’t find that true. I could resort to zone focus or pre-focusing and stopping down for maximum depth of field, but that’s not guaranteed to give me the result I want. So I take more time, setting up shots deliberately, and slowly. It’s taking me much longer to move through rolls of film, these days.

If rangefinders are slow, medium format is snail-like with a waist level viewfinder. And it’s even more deliberate in framing a shot as a result.

And if medium format is snail-like, large format is glacial. I’ve hardly gotten though half a box of 4×5 in the last month. I’m still learning about movements, and I haven’t even thought about trying to figure out bellows and exposure compensation.

So the volume of work is down, with the number of frames I produce as low as it has been. But I’m finding less is more. 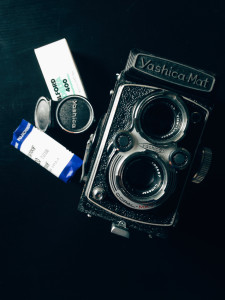 I’ve never been a spray and pray kind of guy, even when I had the misfortune to shoot sports. I surely don’t produce as many images as a digital photographer. I am finding that I just don’t put the camera to my eye as much these days. Not out of dissatisfaction with that I shoot, but more about how I think about how and what I shoot.

Frequently, I find myself asking, “does this image need to be shot” when I start to take it. A lot of the time, I’ll answer myself with a no, and lower the camera. I’ll take fewer shots, but I like the ones I take more. Some of them, I even love. They’re still rare, but they seem to occur more often.

I want to have more of those frames in my future. Shooting less is more. The way to get more is to shoot less. A bit of a paradox, but one that seems to work.