I’ve not taken any trips recently. I’ve just been grinding along on the house-work-house-work trail. I got exposed to Covid. While waiting out my quarantine period, I didn’t get anything accomplished.

It’s amazing how little it took to derail the trip I wanted to do. No matter, I’ll just do it later. I did take numerous hikes around the reservoir near my house, walking with my Leica. I ran through a bit of Kodak 5222, just taking in the grays of wintertime. I find the winter more suited to monochrome, less suited to color. I like the way shape and texture stand out once winter has stolen the color away from us. The reservoir is a riot of man-made shapes, the harsh angles of rip-rap, smooth arches of concrete in buildings contrasting with rough pours where you can still see the boards of the frame they used to pour it. My favorite are the picnic shelters that invoke the shapes of the wing formations at Bisti/De-Na-Zin. I don’t know if that is intentional, but there is something about them that is pleasing to the eye.

The loop around the whole place is six miles, flat as a table, and well cared for path. About the only area in the place not overtly man-made is a huge cottonwood stand where the light always seems pleasing, making the rough bark of the threes stand out. Where I came from, cottonwoods are mostly gone, killed by a blight some decades ago. It was kind of like discovering an extinct species when I came out here to find a multitude of them. Not as exciting as finding a T-Rex, but really, I can live without that kind of excitement.

Winter snow has been sparse this year, I hope the reservoir can fill back to normal levels in the spring. I suppose the long walks among the closed down snack bars, empty playgrounds and snow covered beaches has been a much needed stretch of sky overhead and open space around us during the winter surge. I’ve been grateful for it. 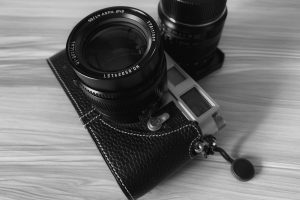