My YouTube feed is full of bad ideas these days. 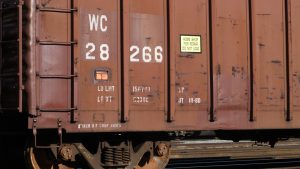 Almost all of the videos are Urbex or freight hopping. I’m not sure why these two activities are calling to me, but here we are. There is a certain allure to wandering through cavernous abandoned buildings and finding things left behind, or swinging a backpack up on the a freight car and just going for a ride.

One of the down sides to Denver is the boom going on. Cool abandoned buildings are torn down or rehabbed as fast as humanly possible. The only large abandonment was the Gates Rubber factory, which covered multiple blocks on both sides of Broadway. I hit town just after a drunken college kid had run inside to explore without a flashlight at night and fell right down a freight elevator shaft. Security was so tight after that pretty much everyone who tried went to jail. Even when I went to take shots of the outside (and scout a little) a security guard contacted me outside of the fence on the street, told me it was a no go, and then rolled around inside the fence keeping an eye on me. From a distance of no more than 15 feet. 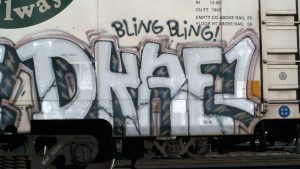 I watched Stobe the Hobo’s videos of him catching freights in Denver. It was interesting to watch him get on in places I knew. One of his prime spots on 38th is now a multistory luxury apartment complex. The boom town strikes again.

I’m probably not acting on either of these curiosities. I’m too old to crawl under fences and through windows, or chase after trains with a pack. Also, getting arrested sucks. But this is an odd way for my wanderlust to manifest. I frequently look at strings of freight cars adjacent to the commuter rail and make notes of the Cadillac grainers, mini-wells, and old school grainers with porches. While I speed to work in the electric cars, I sometimes wish I was heading out. 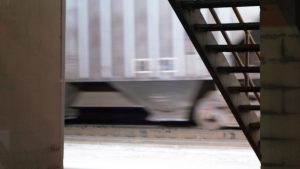 All of these shots taken with a dSLR some years ago in either Radnor Yard or Kayne Avenue Yard on CSX.